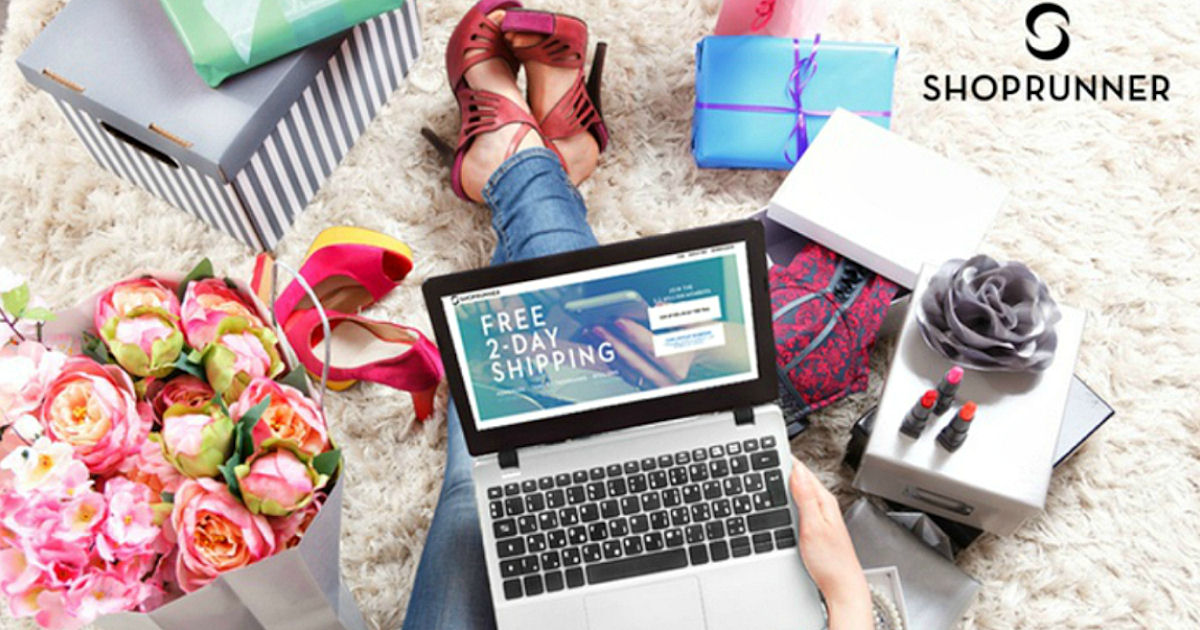 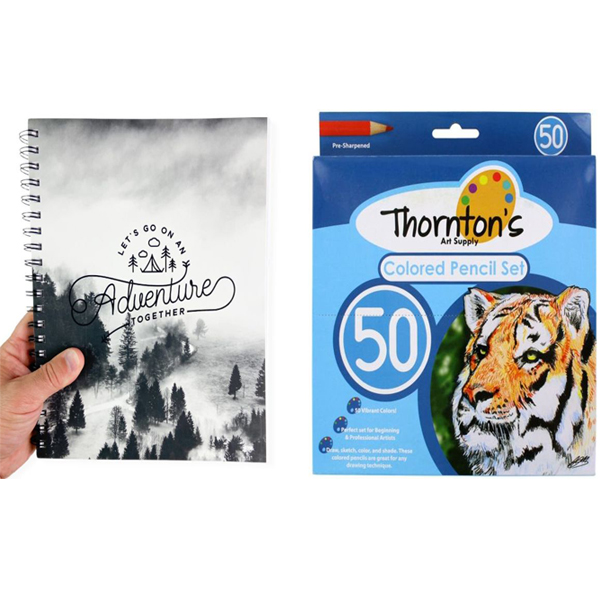 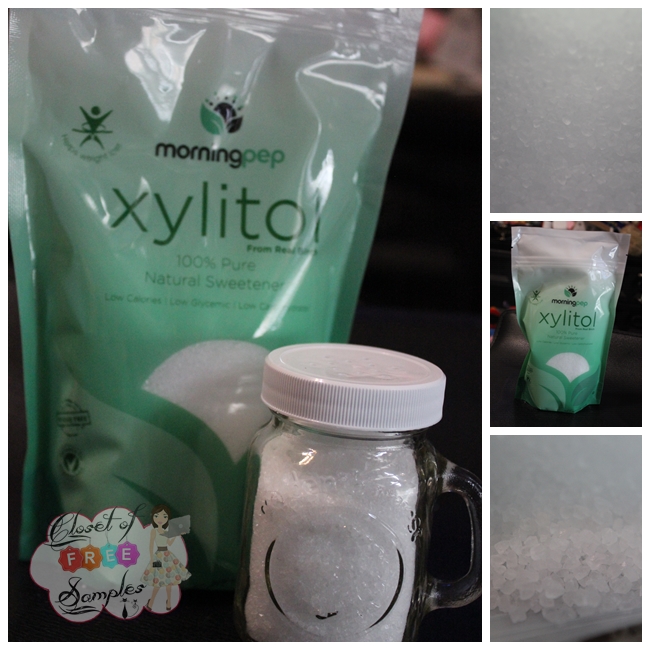 Whether you think buying food produced without chemicals intuitively makes more sense, or you rely on the federal government`s regulation to ensure the safety of food, a simple grocery store trip can turn into a paralyzing maze of label reading and product comparison. Numerous studies document the damaging effects of petroleum-based fertilizers, artificial ingredients, insecticides, hormones, unnatural diets for livestock, and Genetically Modified Organisms, or GMOs. However raucous the rhetoric sounds on both sides of the organic versus better-farming-through-chemistry debate, some areas of organic food production show clear benefits for individuals and the environment.

AGA certified grass-fed beef comes from cows never fed grain, corn, soybeans, or animal by-products, or given antibiotics or hormones during their lifetime. Standard grass-fed beef is different in that the commitment to not using antibiotics or hormones is voluntary, and the beef can still be sent to feedlots at the end of their lives and confined to eating only grain to "bulk up" before slaughter. However, according to the Mayo Clinic website, both types of grass-fed beef have "less total fat, more heart-healthy omega-3 fatty acids, and more antioxidant vitamins, such as vitamin E" than conventional or organic beef. The website also notes that it carries "more conjugated linoleic acid, a type of fat that`s thought to reduce heart disease and cancer risks."

Conventional dairy cows are given recombinant Bovine Growth Hormone (rBGH or rBST) in order to boost milk production. This hormone leads to increased levels of insulin-like growth factor (IGF-1) in cows that then shows up in milk. According to Rick North, former CEO of the Oregon division of the American Cancer Society, IGF-1 doesn`t break down in the human digestive tract and is linked to breast, prostate, and colon cancers. For that reason, rBGH and rBST are banned for use in nearly all industrialized countries except the United States. Buying milk labeled rBGH-free, rBST-free, or organic ensures consumers don`t ingest IGF-1 caused by added hormones or antibiotics in their milk. The FDA currently allows nutritive sweeteners such as high fructose corn syrup in conventional dairy products, and in February 2013, the International Dairy Foods Association and the National Milk Producers Federation asked the FDA to allow them to add artificial sweeteners such as aspartame to milk products without labeling them. According to Yale researcher Dana Small in an interview with CBC News, aspartame not only interferes with brain chemistry and hormones involved in measuring appetite, it also "changes metabolic responses, increase[s] risks for things like Type 2 diabetes and also increase[s] risk for obesity." Currently, buying organic dairy products will ensure that unlabeled aspartame and other artificial sweeteners- and the effects caused by them- will not affect your health.

Conflicting research exists over the nutritional superiority of organic fruits and vegetables over conventional fruits and vegetables. A variety of studies have been conducted on the safety of the pesticides, herbicides, insecticides, fertilizers, and fungicides used in growing conventional produce. Animals in many of the studies have developed harmful side effects from these synthetic controls. For example, atrazine is a widely used herbicide. In 2010 researchers in Berkeley, California discovered that male frogs grew female reproductive organs when exposed to water with levels of atrazine even lower than those currently allowed by the FDA. Some of the males simply acted more like their female counterparts, but other males were able to bear functional young. The FDA considers 3 parts per billion of atrazine in human drinking water acceptable. The frogs changed sex in 2.5 parts per billion contaminated water. Glyphosate, the active ingredient in Roundup (the most popular herbicide used on crops worldwide) has, as recently as April 2013, been found to "enhance the damaging effects of other food-borne chemical residues and environmental toxins." The authors of the research, Anthony Samsel and Stephanie Seneff, say the negative impact develops over time, with inflammation slowly damaging cellular systems throughout the body. According to the authors, glyphosate in the human system leads to "most of the diseases and conditions associated with a Western diet, [such as] gastrointestinal disorders, obesity, diabetes, heart disease, depression, autism, infertility, cancer and Alzheimer`s disease." Although buying organic is a good way to reduce exposure to synthetic chemicals, the USDA does allow naturally derived pesticides to be used on organic crops. Some of those compounds, especially those containing copper compounds used as fungicides, have environmentalists and scientists worried. Jeff Gilman, professor of nursery management at the University of Minnesota, says the best way to minimize exposure is to buy local produce at a local farmers market. It seems that the benefit of buying organic is more about what isn`t in the food than what is.

Genetically Modified Organisms differ from traditional plant breeding of the past because in this biotechnology, genes from totally different species are mixed together. For example, Monsanto`s GMO corn is made by taking genes from the bacterium Bt and combining it with the corn`s own genes. A plant resistant to application of the Roundup herbicide emerges from this genetically modified seed. GMO corn is used in many non-organic processed items and is also used to make high fructose corn syrup. Many in the international and scientific community wonder about the safety of GMOs. A 2012 French study published in the international journal, Food and Chemical Toxicology, the only study to examine the long-term effects of GMOs, found that rats fed a diet of Monsanto`s GMO corn developed enormous tumors and suffered organ damage. The effects were particularly bad for the female rats. GMO use, while banned in other countries, continues to rise in the United States. In 1999, McDonald`s tried to bring a GMO potato to its stores, but consumer backlash led them to reconsider and eventually decide not to move forward with the GMO potato idea. However, McDonald`s is now revisiting that decision. Simplot, makers of the potato, has requested "unregulated approval" from the USDA. The public has only a month to post comments to regulations.gov to register their opinion on the granting of this approval request.

The 2008-2009 Annual Report of the President`s Cancer Panel criticized the federal government for their reactionary approach to regulating toxic contaminants used for agriculture and other industries. It stated that, "Instead of taking preventative action when uncertainty exists about the potential harm a chemical or other environmental contaminant may cause, a hazard must be incontrovertibly demonstrated before action to ameliorate it is initiated." For consumers wanting to take a "better safe than sorry" approach, buying local and organic promises the most health benefits.
Generally I HATE other alternatives to my regular old sugar. I won`t even try to lie. I`ve tried a variety of artificial sweeteners as well as natural sweeteners. After loving the regular thing for so long it`s not easy to find something that compares. I always said if I became diabetic I`d probably die because of my sugar addiction (which of course isn`t quite as bad as it used to be since I`m now 27 compared to being a teenager!) So I honestly was not expecting anything any different from the Xylitol Sweetener

, but figured why not give it a shot?! I have a diabetic stepdad and if I don`t like it when it comes to this sugar stuff then I know he sure wouldn`t like it either.
Much to my surprise this stuff tastes amazing! Seriously, I think I like it better than the typical "regular" sugar I purchase my local grocery store to be quite honest. The grain is a slight bit larger than a typical sugar crystal grain, but you can taste the sweetness to it. No funny taste and it`s actually sweet! Xylitol is a sugar alcohol that is metabolized more slowly than sugar. This particular brand is made from birch bark, making it all natural. It`s even kosher and free of GMO, Corn, Wheat, Gluten, Soy & Dairy. I love that it`s low calories and safe for diabetics to use. Not to mention Xylitol actually has some nice benefits to it such as the fact that it kills bad bacteria in your mouth while fostering the good bacteria. You can even use it in toothpaste making and cooking. Dental studies have shown that people who take at least 6 grams of xylitol per day have a greatly reduced incidence of dental caries. With every good thing though there is a bad side - Xylitol is highly toxic to dogs so you must be very careful not to allow your pets to ingest any and large amounts of xylitol can cause loose stools initially so start out slowly. So keep away from your pets as a precautionary and don`t eat a lot at one time and you`ll be just fine! Overall, great taste, great benefits and all around great product!
Psst... Want to earn FREE gift cards to use towards your Amazon purchases? Join me on Swagbucks (get paid to search and redeem for prizes and gift cards). 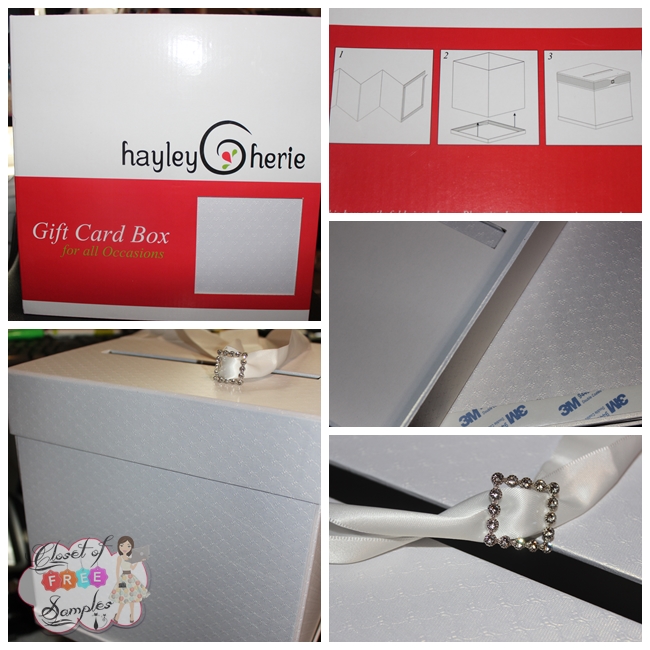 Creative Uses for Your Wedding... 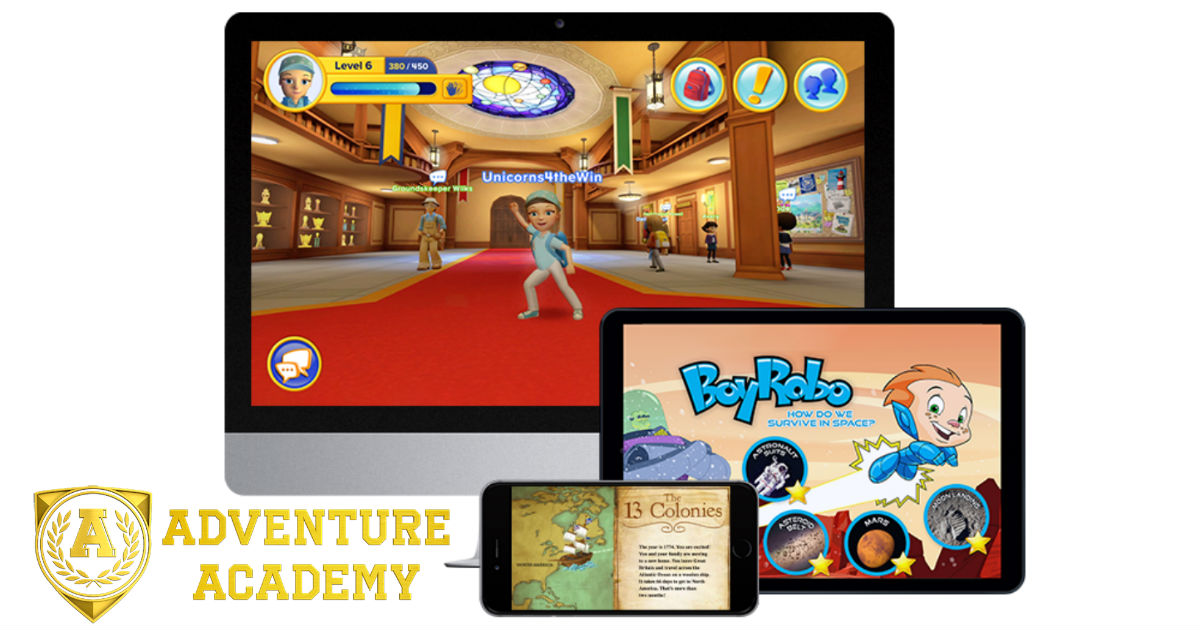 Get Your First Month of Advent... 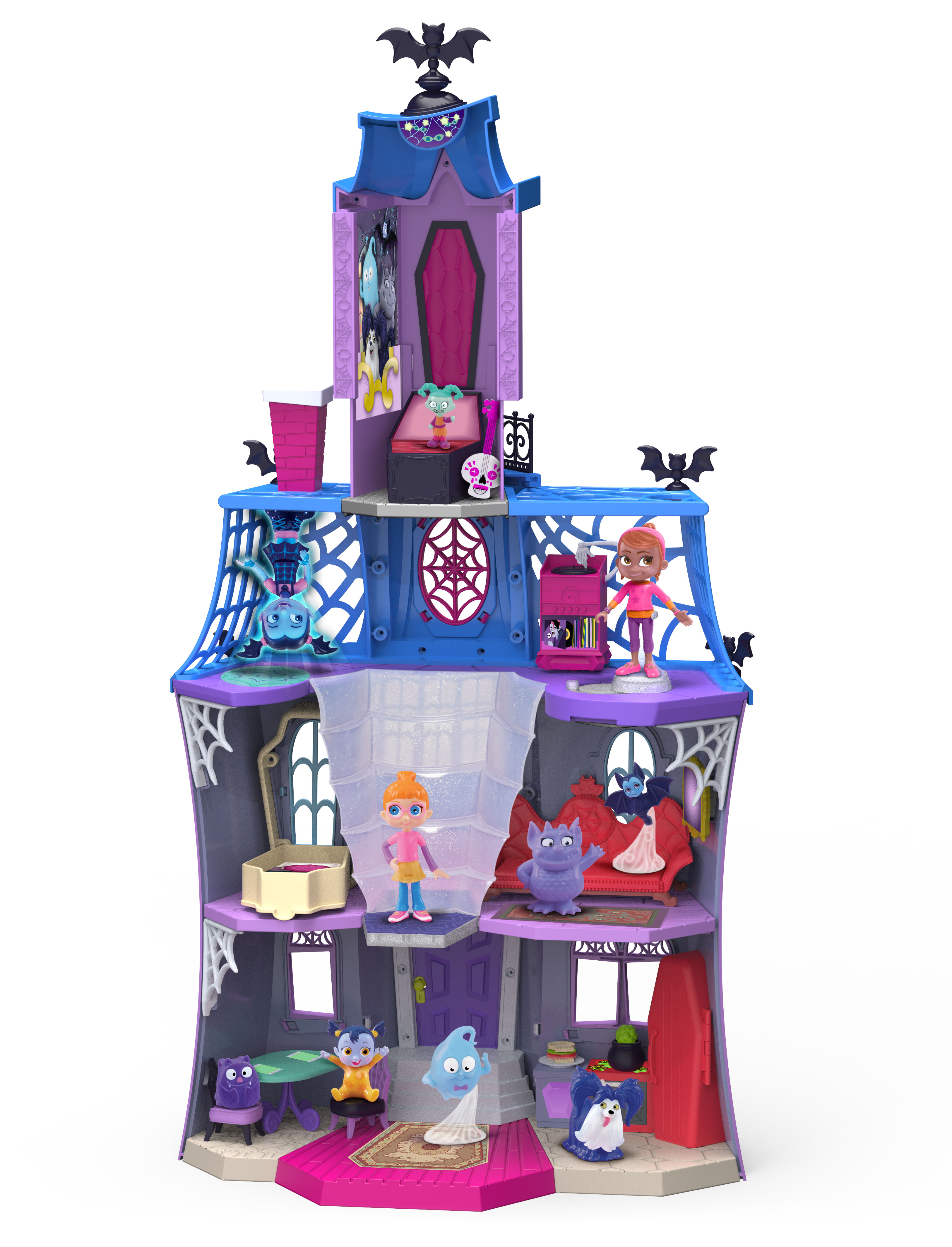 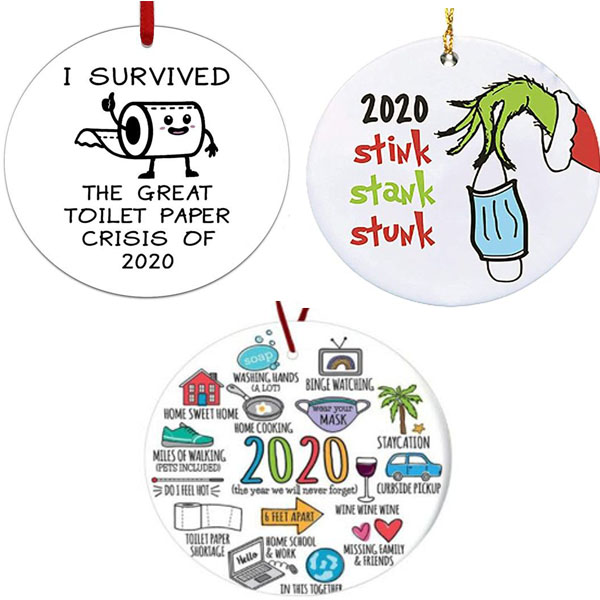 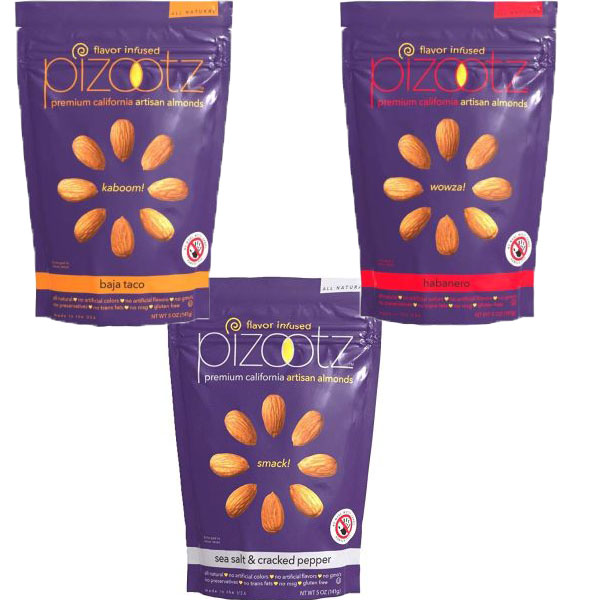